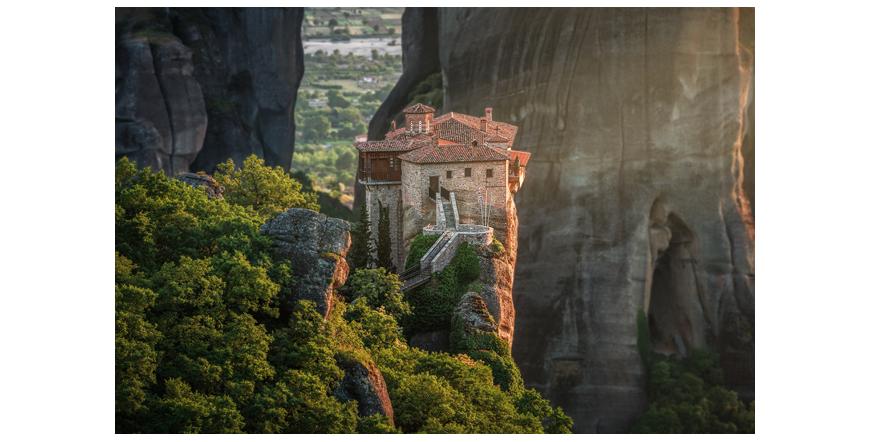 Meteora (Μετέωρα) is one of the most interesting places in Greece. The area is interesting with a group of seven active monasteries built on the tops of hard-to-reach sharp rocks resembling needles.
The monasteries reach a height of 400 meters above the Thessalian plain in central Greece. The rock caves of Meteora were inhabited in the 11th century by Christian hermits, who built 24 monasteries on the inaccessible peaks, which can be reached by cable-stayed bridges, escalators and steps carved into the stone.
Today Meteora offers only seven active monasteries, one of which are closed for visitors. The meteor is part of the UNESCO World Heritage List.