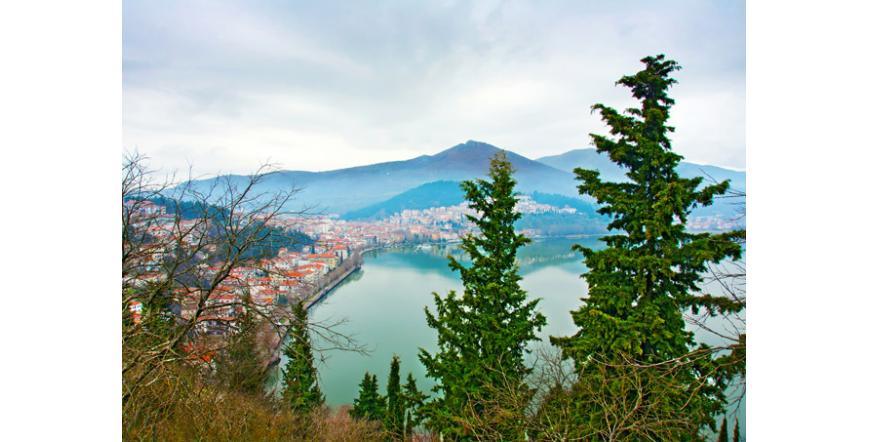 Kostur or Kastoria (Καστοριά, Kastoria) is a city in the northwestern part of Aegean Macedonia, Greece. Kastoria is located on a peninsula in Lake Kostur (Greek Orestiada), 35 km from Lake Prespa, between the mountains Vich (Vici) and Gramos. The city is among the most beautiful in Aegean Macedonia and is the center of Dem Kostur and Nom Kostur, part of the administrative region of Western Macedonia.
The population of Kastoria is nearly 15,000 people. The city is the center of the Kostur diocese of the Greek church and the center of fur from Byzantine times to the present day. Kastoria offers many preserved medieval churches such as the churches of St. Stephen, St. Archangels Metropolitan and St. Silversmiths, dating from the 10th century. In 1912, during the war, Greek troops entered the town and after the Inter-Allied War in 1913, Kastoria remained in Greece.