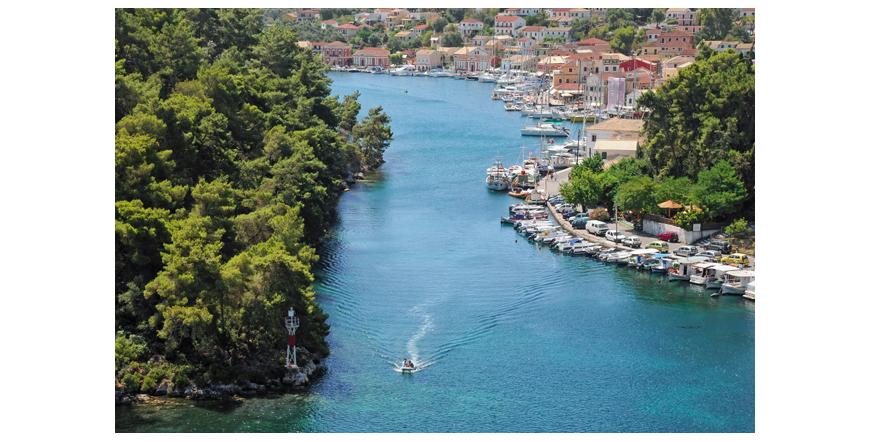 Paxos or Paxi is the smallest island in the Ionian Islands. In Greece, the name Paxos means a complex of islands, the largest of which is Paxos. According to ancient Greek mythology, Paxos was created by Poseidon, who struck the island of Corfu with a trident to have a quiet place to rest with his wife Amphitrite.
It is considered that the Phoenicians have been the first settlers of Paxos. The island was part of the Roman Empire until the 2nd century AD. During the Byzantine Empire and in the Middle Ages, Paxos was constantly attacked by pirates, and in the late 14th century power over the island belonged to the Venetian Republic.