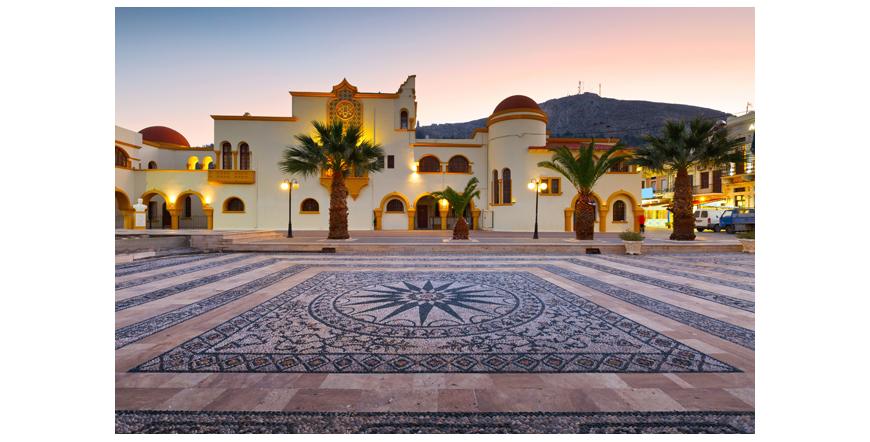 Kalymnos Island is located in the southeastern part of the Aegean and has an area of ​​111.1 sq. Km. Thus, it ranks 26th among the large Greek islands. Kalymnos is located south of the island of Lera and is 14 miles from Turkey. The island is rocky, flat, and has several small valleys. Right in the center of the island rise Profiti Iliya peak (760 m) and Karapsili (700 m).
Ports from antiquity and ruins of early Byzantine basilicas. Catching sponges. Without further ado, anyone who knows this island will realize that only Kalymnos could be described as such. This dry mountainous Greek island owes its well-known reputation to catching sponges. However, a virus that appeared in 1986 proved to be detrimental to this main source of income for Kalymnos, and very quickly the economy reoriented itself to develop tourism. The west coast is in the sights of the tourism industry and very quickly the resorts with beautiful beaches enter into package holidays, offered to those wishing to relax on the Greek island of Kalymnos.
Noisy, picturesque, unpretentious and very Greek - this is the capital city of Potia. There is a maritime and ethnographic museum, which tells the whole story of catching sponges. On the way to the west coast of Kalymnos, where tourist life is in full swing, there are many things to see. Such are the castle of the Knights of the Order of Malta Pera Castro - "Castle of the Golden Hands", the early Byzantine basilica "Christ of Jerusalem", and the medieval capital of the island - Hora, from which steps lead up to the Byzantine citadel. Near the west coast of Kalymnos is a quiet island - Telendos, which offers beautiful beaches, cozy taverns and accommodation for tourists.
If a visitor to the island of Kalymnos wants to dive, there is only one place - Vlyhadya, located southwest of Potia. Recently, there has been an unpleasant trend on the island of Kalymnos. Fewer and fewer tourists go to it to realize their dream vacation. The interest in the beaches has been replaced by the interest in walking the long, sometimes unbearable, routes leading to the ascent of the almost vertical cliffs of northern Kalymnos.