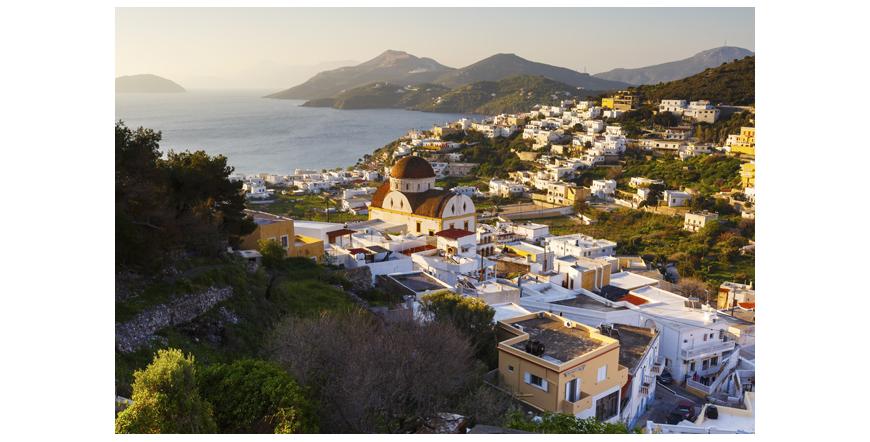 Leros is a small, nice and almost untouched by the paws of the tourist industry Greek island. In the past, the island was supported by prisons and insane asylums, but today the veil of its dark past is almost torn. Leros Island is located north of Kalymnos and is a hospitable and prosperous island, but not a modern and popular tourist destination. An excursion to it would be successful only if it was organized on your own.
A big advantage of the island is its small national airport, serving flights to and from Athens. Leros is a perfect destination for people looking for a relaxing holiday in an authentic Greek atmosphere. Leros Island is the green paradise of the Dodecanese. The painting of its coast is due to the beautiful small coves and beaches. The whole island can be easily toured and explored in a few days.
Leros Island is a compact island, that's why its main tourist resorts are close to each other. There are about 10 settlements on Leros, concentrated mostly in the central part of the island. Their architecture differs in different styles, as well as features from the time of the Venetian and Ottoman rule. For example, when we mention Lucky, the association is immediately with the fascist version of Art Deco.
The Italians came to the island of Leros in 1935 to build an important naval base. Thus was born Lucky, which was a short time on the map of the island. The decision that it was too large for the small number of residents led to the decision to empty the wide boulevards and the gray monuments to fall into disrepair. Today, processes of restoration of this source of history are underway. To the north of Lucky is another creation of nature - Vromolithos, which is famous for its sandy and rocky beaches.
The capital of the island of Leros is Platanos. In it is the impressive fortress of Panagia, which belonged to the Knights of the Order of Malta. After Pandeli Fortress, the most interesting place to visit on the island of Leros are the windmills above Pandeli. Platanos overflows into the picturesque port village of Aya Marina, which can not dream of a more beautiful location - located in an ideal bay. After it are the two oldest resorts in Leros - Alinda and Critoni. There are many small islands around Leros, which can be reached by boat rental.