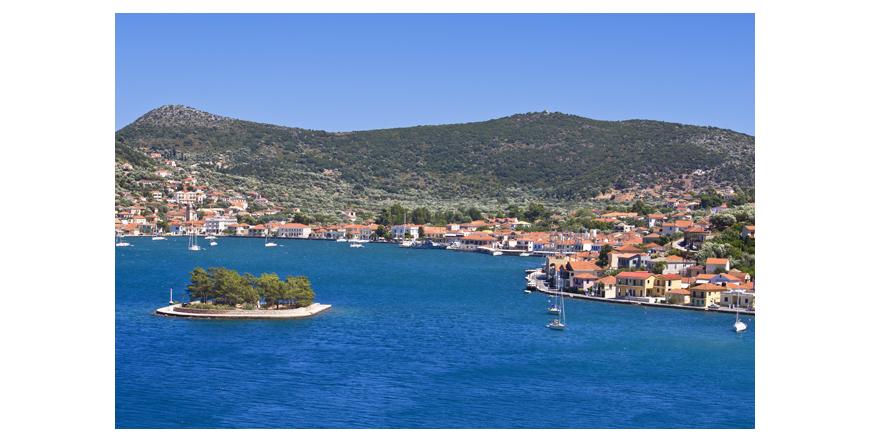 Ithaca is an island in the Ionian Sea, ruled by the Hellenic Republic. It is best known as the birthplace and kingdom of the hero of the ancient Greek epics "Iliad" and "Odyssey" Odysseus. Ithaca Island is located south of Lefkada and northeast of Kefalonia. This is the second smallest island in the group of so-called "Seven Islands". The main livelihoods of the island are tourism and fishing.
Although Ithaca has gained more and more from the benefits of the tourism industry in recent years, the authentic appearance of the island remains intact. The construction rules are extremely strictly observed and therefore huge hotel complexes or unattractive buildings will not be built here. Choosing the island of Ithaca is an expression of the exquisite choice of the traveler. This is a place where one needs to know how to immerse oneself in the preserved atmosphere of the small Greek islands. Ithaca or Ithaca, as the locals call it, can rightly be called a land of discovery.
The sightseeing on the island are not so much. Such a place is, for example, Vathy - the capital of the island. It is built on the shores of a small bay, protected from the waves, in the middle of which is a small island - Lazareto. The island is the site of an old landmark - the Quarantine building. At a very short distance from the village there are several beautiful beaches and sites associated with Odysseus - the spring Aretusa and the Cave of the Nymphs.
The most picturesque village of Ithaca is Kioni, which is like a magnet for tourists. It is located on the shores of a small bay and is a beautiful small port with all the necessary tourist amenities - cafes, restaurants, bars and more.
When we talking about landmarks, the bright star of the monastery of Katharon rises. It is dedicated to the Mother of God of Katharon. It is located on a peak and is the most important place for worship on the island of Ithaca. Whether for other reasons, but necessarily for one reason - that this is the only place where a bust of Odysseus is placed, Stavros, the main settlement of Northern Ithaca - Stavros, must be visited.
The beaches of Ithaca are numerous and beautiful, but the sand is scarce and therefore the coast is strewn with small pebbles. The beach of Piso Aetos with its crystal clear water, Sarakiniko - a superb beach on the shores of a small bay near Vati, the beach of Ai Yani (St. Ivan), with coarse and fine pebbles and crystal green water, greatly contribute to the popularity of Ithaca among tourists. Over the years, the island of Ithaca has been visited by many celebrities - Sophia Loren, the British royal family, Madonna, Nicholas Cage, Tom Hanks, Shade, Jamie Lee Curtis, Mr. Bean and others. The latter even owns his own house on the island, but it is not known exactly where it is located.