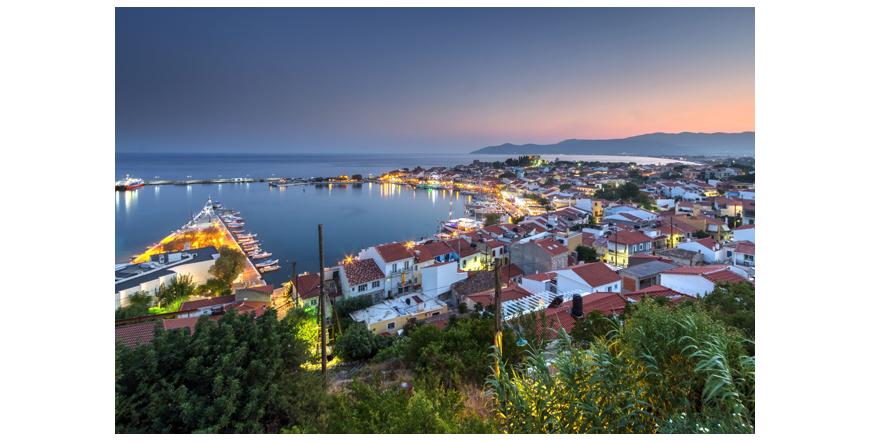 Samos (Σαμός) is an island in the eastern Aegean Sea, a mile off the coast of Asia Minor. It is located between the north and the Dodecanese in the south and is part of the Southern Sporades archipelago. Designed in antiquity as the center of Ionian and Aegean culture, Samos was home to the great philosophers Pythagoras, Melissa and Epicurus, as well as the astronomer Aristarchus. Samos is famous for its wine, dried figs and almonds. The island of Samos is also famous for two object included in the UNESCO World Cultural and Natural Heritage List - the remains of the ancient fortress of the port of Pythagoras and the ruins of the ancient temple of the goddess Hera - Herayon.
Samos Island can be reached by ferry which arrives in the port city of Vati. It may not have a beach, but its crescent, swirling around the bay, overflows with restaurants and shops. The small streets on the second and third lines hide some distant seaside charm. Vati cannot be compared to Pythagoras, considered the most sensual resort on the island, named after mathematics. Near Pythagorio is the castle of the local leader of the struggle for independence Lycurgus Logothetis. After it is another landmark of Samos - 1040 meters long aqueduct.
Potami Canyon and Potami Waterfalls are popular tourist destination and make popular the island of Samos. They attract visitors from all over the world, who travel thousands of kilometers just to swim in the water. Undoubtedly the most attractive place for toasting throughout Samos are the Small and the Big Satan Beach. People like their isolation and loneliness due to their lack of development and isolation from the world.
The island of Samos is a favorite destination of both foreign tourists and the Greek citizens. And it is so because Samos has such a natural beauty, rich history, traditional architecture and hospitality. The magnificence of alternating rocks and bays, sandy shores and forests, warm sand and clear and pure sea water are the official business card of Samos, which attracts tourists and makes people stay and live on the island.
Between 1834 and 1912, Samos was an autonomous principality within the Ottoman Empire, and its first prince until 1850 was the Bulgarian Stefan Bogoridi.