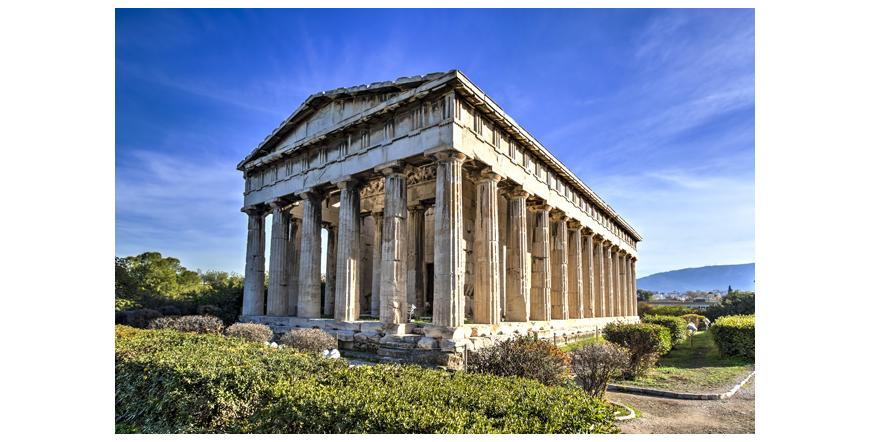 The Temple of Hephaestus in Athens is the best preserved ancient Greek temple. It is located on the northwest side of the agora in Athens. From the 7th century until 1834, the temple of Hephaestus served as a Greek Orthodox church. Interestingly about the god Hephaestus is that he is different from other deities. While the others were engaged in the activities inherent in the gods, Hephaestus was most strongly a craftsman, patron of fire and metalworking. What came out of his hands was not seen in heaven or on earth.

Tower of the Winds - Athens