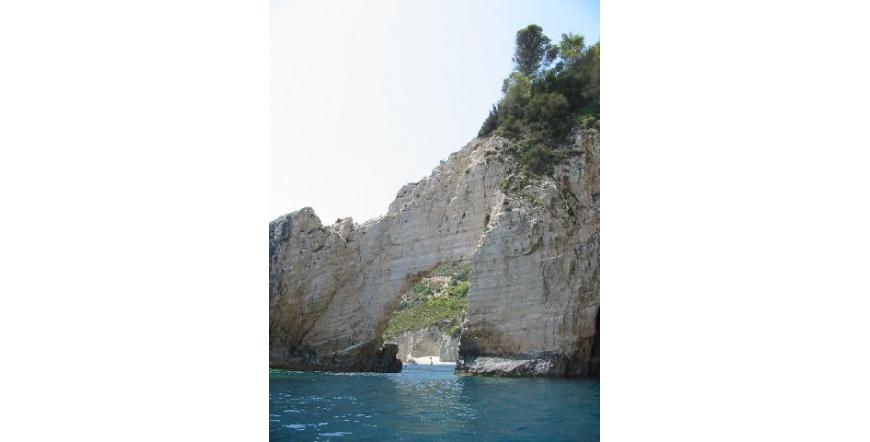 The island of Zakynthos is one of the islands in the Ionian Sea, namely it is the third largest Ionian Islands. There are many caves on the territory of the island. Zakynthos is a mountainous island, and there are picturesque small villages in it. The island is one of the main tourist destinations in Greece.
Whether it will be called Zakynthos or Zante, it does not matter-it is known that they say about the southernmost of the Ionian Islands. Its history is marked by shocking earthquakes, heavy invasions, Ottoman oppression and the liberation of dreams. One legend says that the Virgin Mary of the Church of Kerry enveloped the island of Zakynthos with fog to protect it from the attacks of marauding pirates. Nature punishes many Zakynthos after strong earthquakes that cause great damage. But still most of the 410s are square.km. the island zone is still green and with preserved nature.
The "flower of the Levant", how the city of Zakynthos is famous, is one of the victims of the natural disaster. But this does not upset anyone. On the contrary, the city was restored, and this is according to its old plans, in order to preserve its atmosphere until the disastrous date of August 12, 1953. Today, its business card is full of boisterous, imposing public buildings, museums and a busy commercial port. And to preserve the history even more, today there is a Byzantine Museum in Zakynthos, which stores works of art and treasures from buildings destroyed by an earthquake.
The eastern coast of the island of Zakynthos voluntarily gave its land to the resorts crowded with tourists. Located in the south, the Vasilikos peninsula cannot boast of hotel conglomerates - it is limited to several small resorts and beaches. Of course, its advantages should not be underestimated. Gerakas is one of them - a beautiful beach on the nose of the peninsula, even turned into a protected breeding area for large sea turtles. Because of them, an information center was even opened, introducing details about this representative of animals. In the north, the landscape of Zakynthos is dotted with alternating fishing villages and quiet and peaceful seaside resorts. And to talk with full force about tourism, we need to go to the southern coast of the island of Zakynthos. There they know how to fully satisfy every visitor. In Kalamaki and Laganas, life never stops-entertainment is offered around the clock. Their crowded beaches offer English pubs and water sports. The most famous beach on the island of Zakynthos is the Smugglers' Bay.