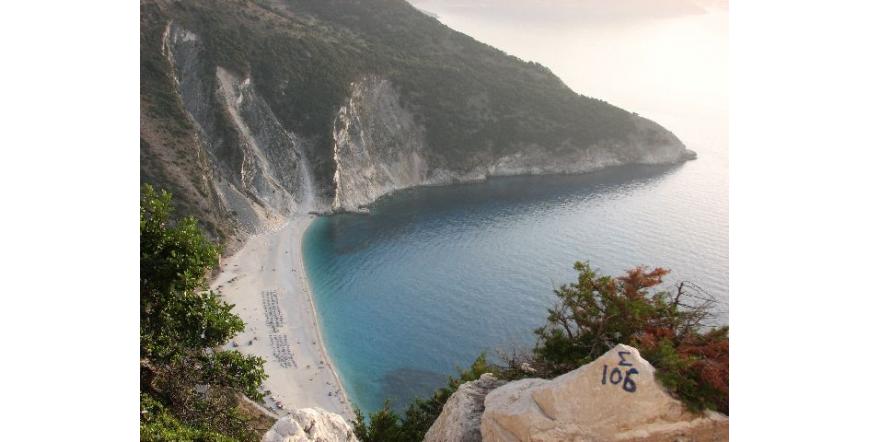 Kefalonia is an island in the Ionian Sea, part of the Republic of Greece. The island has an area of about 800 square kilometers and a population of about 42,100 inhabitants. Kefalonia, like its other brothers from the Ionian Islands group, was not under Ottoman rule. The reason for this is that his lands were of paramount importance for the Venetian Maritime Empire. The highest point of Kefalonia is Mount Enom (1628 m), and the island is located in a seismic zone, as in 1953. Kefalonia was badly affected by the earthquake. The largest city and the capital of the province of the same name is Argostolion.
And today Kefalonia is an island with great importance and popularity. He enters the cinema after he was chosen to shoot the film "Captain Corelli". This brings thousands of tourists to the island of Kefalonia, eager for sunshine and adventure. Due to its large area, the island does not feel crowded during the holiday season. The towns and villages of Kefalonia managed to maintain their independence in the rapid rhythm of the tourist industry. The southern coast of Kefalonia is dotted with the best beaches, which belong to the best resorts of the island. Among the old resorts on this coast are Poros and Skala, from the coastal road between which there is a breathtaking view. Agios Georgios is the old Venetian capital of Kefalonia, which was rebuilt today after a shocking earthquake, intended for a major commercial port and named after itself. Sami offers its visitors several good beaches and pleasant taverns. Today, at that time, Venetian runes remained to preserve the sign of the significance of Kefalonia. To the north of Sami there is another suitable settlement for tourism on the island - Agia Effimia. It is a hospitable fishing village and a cheap resort at the same time. On the western coast of the island of Kefalonia, Cypriot Asos is a beautiful settlement located on a narrow isthmus, and looking out from under an old fortress. Natural attractions near the Drogarati cave and Melisani. The earthquakes were not shocking for the crowded city of Fiscardo - the northernmost point of Kefalonia, which miraculously survived. It boasts a beautiful harbor that has gently embraced a bay full of yachts. But this is not the case everywhere. Lixuri owes its strange charm to non-standard modeling because of its natural element. Despite everything, Lixuri offers several good beaches where the waves wet their red sand. The western coast of Kefalonia offers opportunities for interesting walks along the dizzying cliffs that proudly patronize beautiful beaches.