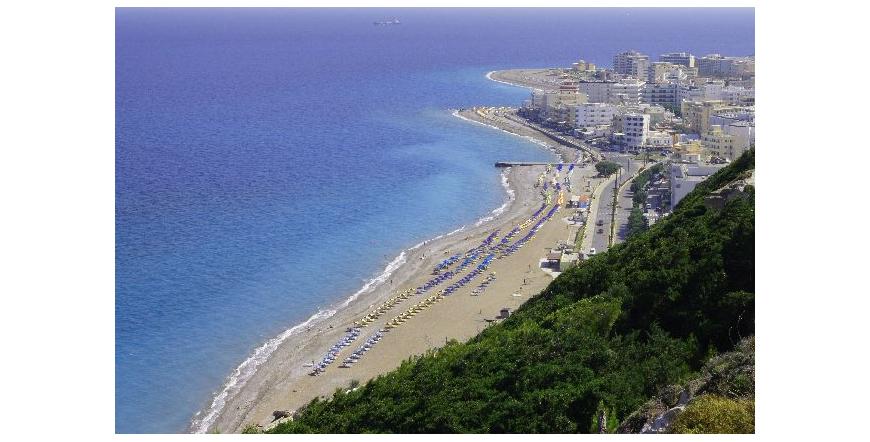 With its nearly 1,400 square kilometers, Rhodes is the largest island in the Dodecanese group and is the fourth largest in the Aegean Sea and Greece. Its population in 2004 was 110,000, of whom 55,000 - 60,000 lived permanently in the city of Rhodes, the main commercial and public center of the island. The city of Rhodes is the center of the Dodecanese, which in addition to the island of Rhodes includes the neighboring islands of Symi, Tilos, Halki and Kastelorizo. Historically, the island is famous for the Colossus of Rhodes, one of the Seven Wonders of the World. The medieval city is included in the UNESCO World Heritage List.
The island of Rhodes is located about 460 km southeast of Athens and 18 km southwest of Turkey. Important historical landmarks include the Lindos Acropolis, the Acropolis of Rhodes, the ancient cities of Ialyssos and Camiros, the Archaeological Museum, the Governor's Palace, the medieval city of Rhodes, the post office in Rhodes, St. Catherine's Shelter, and the Venetian castles near Monolithos and near Critia.