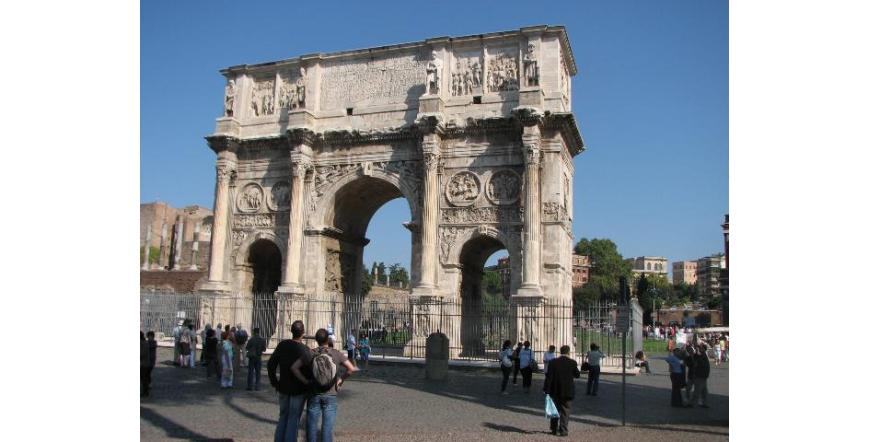 The Arch of Constantine is a triumphal arch with three entrances to Rome. It was built in honor of Emperor Constantine for his victory over his opponent Maxentius on the Milvian Bridge on October 28, 312. It is located between the Colosseum and the Palatine Hill. The construction of the  Arch of Constantine began in 312 and was consecrated on July 25, 315. On this day, Constantine celebrates his tenth anniversary as emperor. The Arch of Constantine is the largest and youngest of the other three arches around the Roman Forum in Rome. The arch is 21 meters high, 25.7 meters wide and has an entrance depth of more than 7 meters.