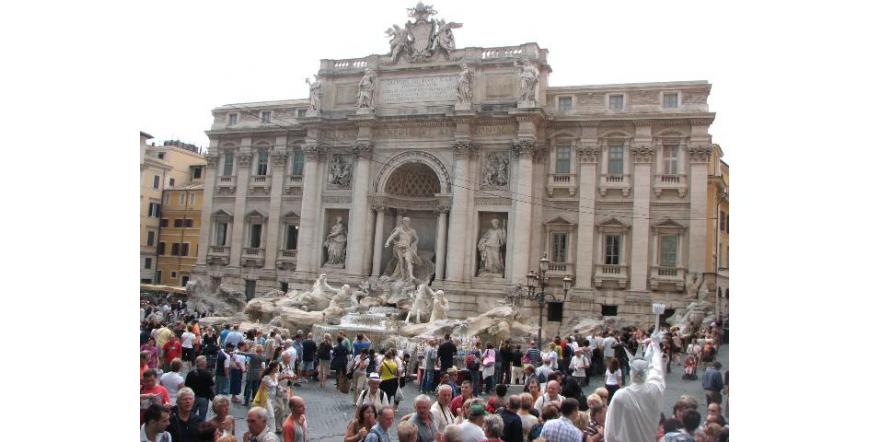 Italy is located entirely on the narrow and elongated Apennine peninsula. It administers the two largest Mediterranean islands – Sicily and Sardinia. Within the country’s borders are located two of the smallest countries in the world – the Vatican and San Marino.

The larger part of Italy is covered with hills and mountains. In the North are the Italian Alps, with the grandiose limestone Dolomite massif. The powerful rock formations of dolomites, which comprise the better part of the needle-sharp peaks, gave the name to the mountain massif.

There are a number of glacial lakes in the southern foothills of the Alps. In the west, on the border with France, rises the highest peak in the Alps – Mont Blanc (4,807 m). Along the entire country and on the island of Sicily spreads the Apennine mountain range. The plain lands in Italy are little. Across the vast Padano valley flows the Po – the longest and deepest river in Italy.

Naples is situated amphitheatrically in the foothills of the Vesuvius volcano. In the vicinity are the remains of the ancient town of Pompeii, covered with volcanic ash from the eruption of Vesuvius in 79. Venice is one of the most picturesque cities in Europe – with its over 200 canals, more than 400 bridges and a multitude of magnificent historic buildings.

Some of the most interesting landmarks in Rome are the Colosseum, the Spanish Stairs – built in the beginning of 18th c. At their foot lies the famous Spanish Square with the Boat Fountain – one of the number of fountains, designed by the Renaissance architect Bernini.

In the entire country there are more than 100,000 archeological monuments from the Roman age.
Sicily is the largest island in the Mediterranean. In its northeastern part is located the active Etna volcano, the highest (3,350 m) active volcano in Europe, which erupted several times in the last century. Citrus fruits, olives, cotton, etc. are grown here.

Sardinia is the second largest island in the Mediterranean. The west coast, between the towns of Alghero and Bosa, known as the “Coral riviera”, attracts many tourists. The main city and major port in Sardinia is Cagliari – an enchanting Mediterranean city, with interesting medieval residential area, beautiful beach and salt lakes, inhabited by pink flamingos.

Basilica of Sant'Apollinare in Classe, Ravenna

News and events from Italy