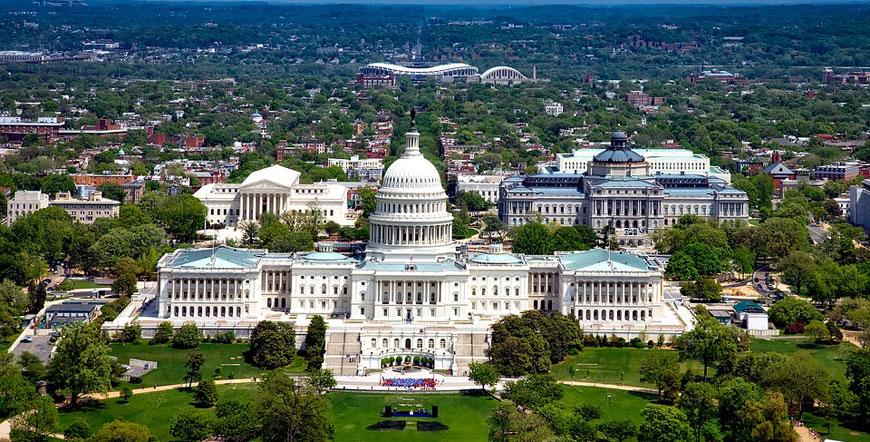 The White House and the Capitol are located in the National Mall Park. George Washington's monument is also built here, and the neighboring park is the Vietnam Veterans Memorial, Lincoln Memorial, Franklin Roosevelt Memorial, the Korean Veterans, and others. Washington is also famous for its beautiful scenery as well as museums that are the most famous in the world. Here at the Smithsonian Institute, which is a huge museum complex, you can visit: the Zoo; The Museum of the Indians; The Museum of Aviation and Astronautics; The National Gallery for Portraits and many others.

It is also interesting to see the old part of Washington with its paved streets and fine restaurants. From the outskirts of Washington, you can visit the Potomac River gorge, where the White-tailed Eagle, the symbol of the United States.