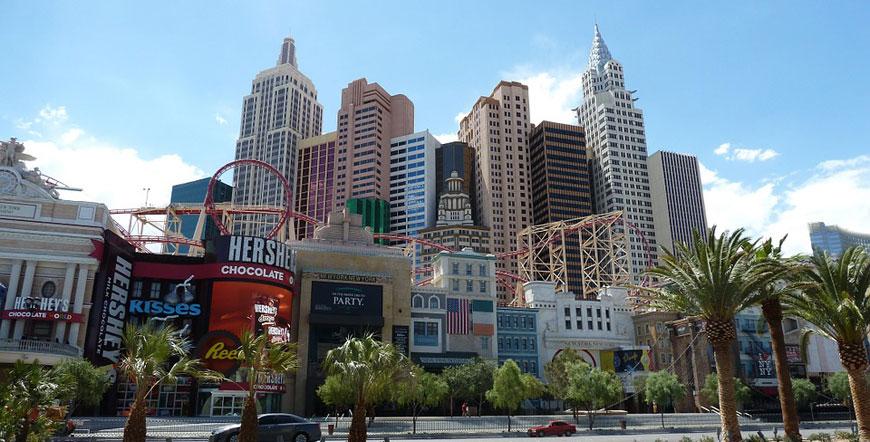 Las Vegas is the capital of the state of Nevada. The place where the city is located was discovered in 1829 by Spaniards, who named the valley “Las Vegas” which means in Spanish “the meadows”. The first settlement here was established my the Mormons in 1855, but it was later abandoned. Later on the railroad lines from Salt Lake City and Los Angeles connected here and that gave a boost to the development of Las Vegas. The settlement became officially a town in 1911 with a decree of the state of Nevada. It is interesting to note that Las Vegas remained almost untouched by the Great Depression from 1929-1933. The development of the gambling industry started after the Second World War.

Most famous with its hotels and casinos in Las Vegas is the Strip – here are located Caeser's Palace, Mirage, Excalibur, Luxor, MGM Grand, The Venetian and others.

Some interesting places to visit in the Las Vegas surroundings are: Hoover Dam, Mojave Desert, Grand Canyon and others.