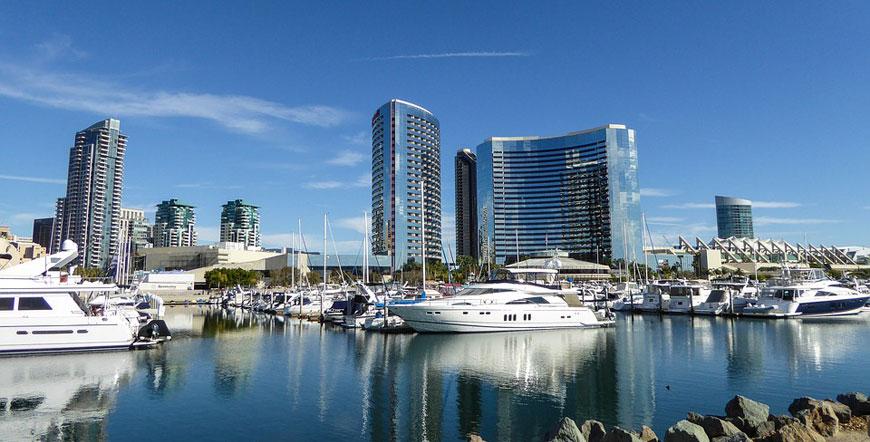 San Diego is a city in the US, California. It is located on the border with Mexico. The area around San Diego was discovered by the Spaniards in 1542, and 60 years later seafarer Sebastián Viscaniño gave the modern name of the settlement. Many missionaries are also settled here. After the US-Mexico war of 1845-48, San Diego remained within the US. It was recognized as a town in 1850.

Now, many old buildings and missionary churches are preserved in San Diego. Many of San Diego's sights are located in Balboa Park: the Zoo; The Paleoanthropological Museum; National Historical Museum.

In San Diego there is a lot of greenery, wooded areas, and there are coastal mountains to the town that separate it from the desert.

San Diego is one of the most important US naval bases. Here is also the aircraft carrier "Midway" turned into a museum.