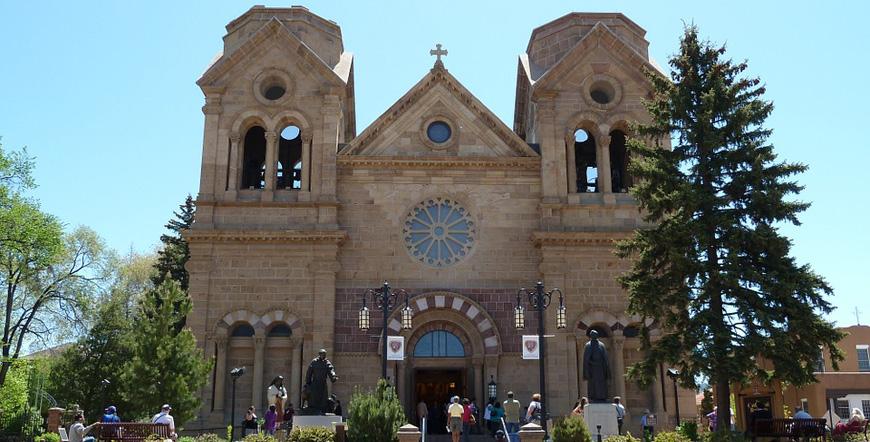 In Santa Fe there are some of the oldest buildings in the United States - the San Miguel Church and the Governor's Palace, dating from the early seventeenth century. Later on, the Cathedral of St. Francis of Assisi. "

To attract more tourists to the city, the authorities invite famous artists and attracted by the beauty of Santa Fe, many of them settled here. Santa Fe is now third in volume sales of artwork after New York and San Francisco.

Santa Fe also has many museums: the American Indians Museum "Wheelwright"; The Museum of New Mexico; Museum of Fine Arts; The Museum of Spanish Colonial Art and many others. Some of the local "pueblos" - Indian dwellings, which are located in the vicinity of Santa Fe, must also be visited.