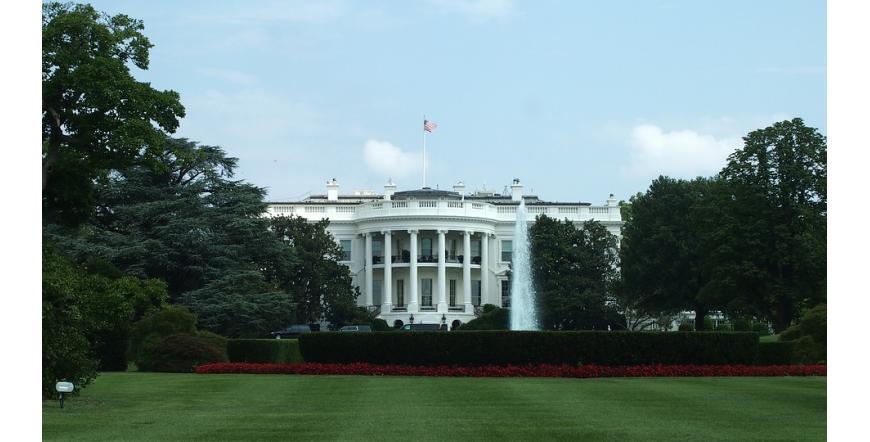 The White House is the most popular and recognizable building in the world – a place where the president and his family live, and also it is his working place. The plot for the building was chosen personally by the first president of the USA George Washington ( 1732-1799), together with the city architect. It is situated at №1600 Pennsylvania avenue in Washington, district Columbia.

А competition for a best design of the emblematic building was carried out in 1792, which was won by the Irish James Hoban. He used the Linster residence as a standard, in which until nowadays is accommodated the Irish parliament, but the plans were changed by George Washington’s urgent request. The construction of the presidency began in the autumn of 1792 and almost finished in 1800. The first president, who dwelled the building, was John Adams.  The building had different names – President’s Home, President’s palace, President’s house, until in 1901 the president Theodore Roosevelt gave it the present name – the White House.

After 1800 the White House went through many changes, since each president, together with the first lady has the right to reorganize it as per their discretion. By instructions on behalf of the president Thomas Jefferson, the architect Benjamin Henry Latrobe added two new wings, which were intended for stables and service premises. During the British-American war in 1812 the British army put the house under fire. After the end of the war the restoration process was assigned to Latrobe and Hoban. Therefore the most remarkable additions of north and south galleries were carried out in 1824-1829. During the next years the building of the White House has been complemented and changed, but it has been badly maintained and gradually has begun to decline.

The biggest restoration process of the White House was undertaken by Jacqueline Kennedy, the President John F. Kennedy’s wife, a president of the USA from 1961 until November 1963. The first lady put herself the objective to turn the White House into the most beautiful and representative house in America and she achieved it. Then the elements of the gorgeous decoration in French style were added. Jacqueline Kennedy realized all this by establishing a committee, which was authorized to manage the repair works in the White House and periodically to notify the public about the achieved progress. Besides the main amount, which was due for renewing of the presidency, this committee succeeded to gather amounts of donations and many objects from depositories, basements and dusty warehouses of the museums like pictures, precious china sets, several busts of the first presidents and etc. Famous for being an aesthete and respecting the culture, Jacqueline transformed the White House into a place for a meeting with the most renowned world musicians, singers, actors, dancers. This cultural wave engaged whole America. Kennedy was a president only three years, but during this time the White House looked excellently maintained, renewed and with preserved historical valuables.

The most important building of the USA has six floors with 132 rooms, out of which 16 are intended for guests, 32 bathrooms, and the 412 windows add particular charm of the building inside and outside. There are three lifts for moving of the personnel and guests. The most emblematic part of the White House is the Oval office, which is a place for numerous historical decisions and political events. There are many flowers, a tennis court, a jogging track, a basketball playground, a bowling hall and many others about the amusements and relaxation of the presidential family and its guests in the garden of 7 hectares. The rose garden together with the thousand many-coloured tulips is very impressive during the spring.

The White House has turned into a symbol of the United States, since it is the most photographed, most visited place and also the only presidential institution, which is open for visits.