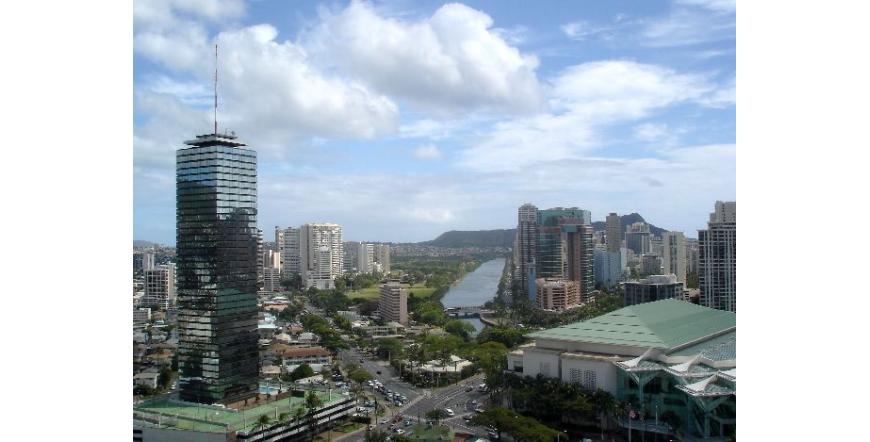 Honolulu is the capital of Hawaii, the 50th state of the United States. It is located on the island of Oahu, which is one of the eight main islands of Hawaii. On Oahu Island is the largest port and airport and is famous for its 200 km of beach. Like the other islands of the Hawaiian archipelago, Oahu is the peak of a volcano extinct millions of years ago.

In the 12th century, Hawaii was inhabited by Polynesians, and in the 19th century it was an important stop for travelers from Asia to North America to become the largest US naval base in the middle of the twentieth century.

In Honolulu, interesting to see are: The Hawaiian Sea Center; Planetarium; The Academy of Arts; The Hawaiian State Museum of Fine Arts, the most famous Waikiki beach; Memorial to the American aircraft carrier "Arizona"; excursion to Diamond Head and other volcano craters.

Now Honolulu is a prosperous city with a population of 377,000 inhabitants, beautiful nature, hospitable residents and a casual holiday atmosphere.