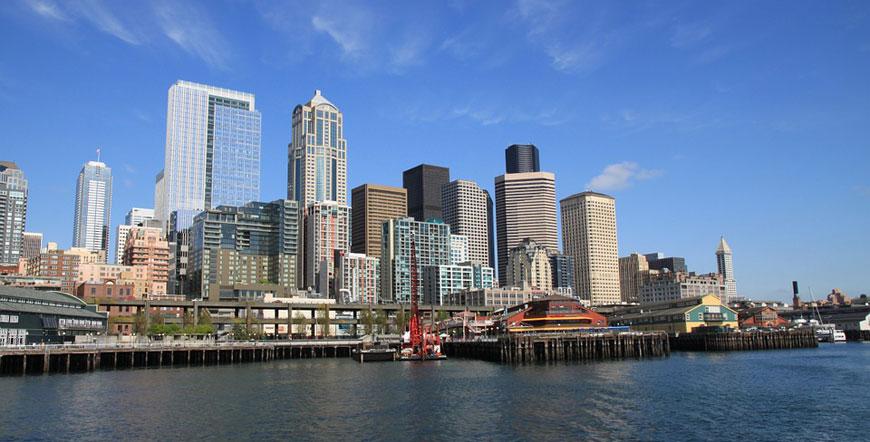 Seattle is a city in the US, Washington state. It is located on the Pacific coast and is the westernmost city of the United States (excluding Alaska). Seattle was founded in 1853 and is named after one of the tribes leaders who inhabited the area. Seattle has a great harbor and highly developed industry. Here are the headquarters of Amazon's internet retailer, Microsoft's headquarters, and the Starbucks corporation. In Seattle, a large number of Boeing factories are located. Seattle is located in a geologically active area, and frequent earthquakes caused by the Seattle fault are occurring in the city.

Near the Seattle are the Cascades Mountains, which are a favorite spot for a weekend walk.