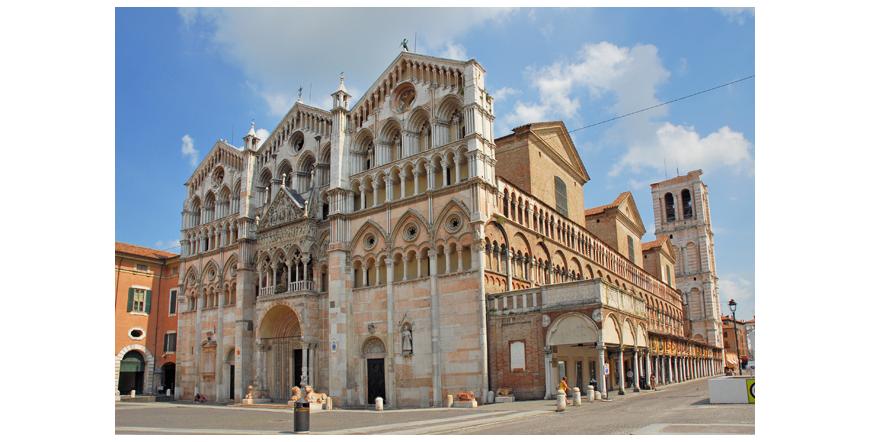 Ferrara Cathedral is located near the Castle of the Este family. It is built in Romanesque style. The Cathedral of Ferrara dates back to the 12th century and is named after St. George. Its facade is similar to those of the cathedrals of Modena and Parma. On the right is a statue of Alberto d’Este, and on the left is a bronze statue of Pope Clement VIII. There is a museum attached to the Cathedral, which houses a collection of tapestries, manuscripts, bas-reliefs and the sculpture "Virgin Mary" by Jacopo della Cuerca.