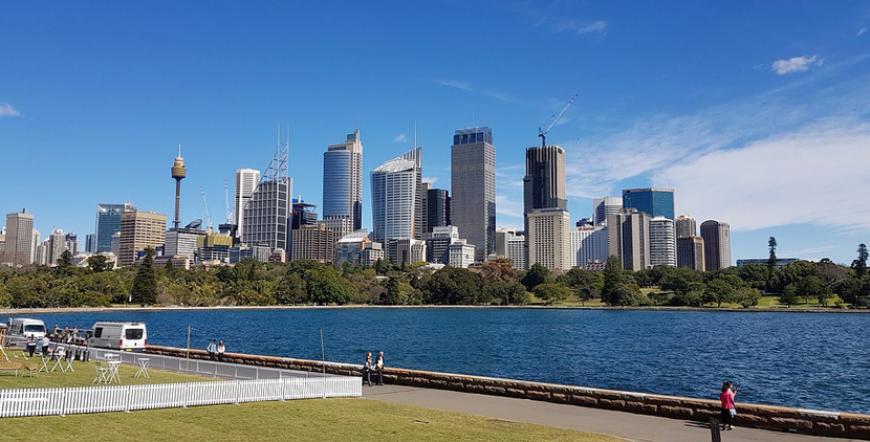 Sydney is located in the state of New South Wales. It is founded in 1788 and it is the biggest and oldest city in Australia. The city is named after the British Home Secretary at the time, Viscount Sydney, who issued the penal colony establishment order. The first convicts arrived here in 1788. The local Aboriginal population made attempts to confront the British settlement. However, in 1789 a deadly epidemic kills a huge part of the indigenous inhabitants. The British government then put efforts to civilize the remaining few hundreds of Aboriginal people. In 1822 Sydney already has banks, markets, roads and police force.

The city grew even further in the middle of 19th century when more immigrants from Ireland and Great Britain arrived. Sydney municipality is officially administrated in 1842 and thus it becomes the very first real city in Australia. The first mayor is John Hosking. The current population of the city is about 4 million people. Sydney metropolitan is considered the biggest financial, transport, commercial and cultural center in Australia. The climate is humid subtropical with warm summers and mild winters. The hottest month is January with an average high temperatures of 25°C and the coldest month is July with an average low temperatures of 8°C.

The Sydney Harbour Bridge is one of the most popular bridges in the world. It is perceived as a symbol of the city. The bridge was open in 1932 as an automobile, rail and pedestrian connection between the city center and the North Shore at the Pacific Ocean. The Harbour has a connecting steel arch which is 503 meters long and 49 meters wide and rises at 134 meters at the top. The seven traffic lines stand at 49 meters above the water. The total weight of the bridge is 52.8 tons and it is assembled with 6 million hand-​driven rivets. Crossing the arch of the bridge is a challenging experience. It is particularly impressive when it is illuminated by the fireworks during the traditional Sydney’s New Year celebration.

Another interesting landmark in Sydney is the three-masted ship ‘James Craig’. It has two fockmasts and a one back mast carrying triangular sails with front and back rigging. The ship was first set to sail in Sunderland, England in 1874 and was initially called ‘Clan Macleod’. It is renamed to ‘James Craig’ after its new owner in 1905. It was ceased from sailing in 1925 and left in Tasmania. The barque was transported to Sydney for restoration in 1981 and in 2001 after being entirely repaired, all its 21 sails were lifted to demonstrate its full beauty for the first time after 80 years. This marvelous vessel is still transporting passengers and sails the sea for tourist tours during non-working days.

The SEA LIFE Sydney Aquarium is located at Darling Harbour together with many high-end restaurants, the Electrical Powerhouse Museum and the Australian National Maritime Museum. Hyde Park Barracks are another Sydney landmark. They were planned by the former convict and architect Francis Greenway and built with convict labor. Greenway was convicted in England and transported to Australia in 1814. Lachlan Macquarie, the Governor at the time, recognized his exceptional talent and Francis Greenway was given full amnesty from the Crown in 1819. He created over 40 buildings after that and the Hyde Park Barracks are his best work. They were designed to accommodate 600 convicts. The building has three floors and interesting architecture. The first floor currently hosts the Greenway gallery where temporary exhibits dedicated to the history of the place are displayed. An interesting fact is that Francis Greenway’s face was depicted on the Australian 10-dollar bill which was in circulation until recent years. Hyde Park Barracks are an embodiment of the history of a country which establishment began with convict settlement.

The other emblem of Sydney is the Opera House. The building resembles a ship with its sails blown out by the wind. It was open in 1973. The architect of the building, Jørn Utzon, was awarded the prestigious Pritzker Architecture Prize. The Opera House becomes one of the UNESCO World Heritage Sites in 2007. St. Andrew's Cathedral and St Philip's Church both designed by Edmund Blacket are also worth a visit. The University of Sydney was founded in 1850 and it’s the oldest university in Australia.

Sydney Tower is a skyscraper in Sydney central business district and offers one of the best views over the city. Another interesting area is the oldest part of Sydney - The Rocks neighborhood where the settlement began to from. Sydney also has many parks and gardens. The Chinese Garden of Friendship is located in Sydney central business district, then we have Hide Park, The Domain and the Royal Botanic Garden. Taronga Zoo is one of the most famous zoos in the world offering the animals excellent living conditions. There are over 70 beaches around Sydney. The most popular is Bondi Beach. After the many places to be seen in Sydney, a trip to the Blue Mountains located near the western suburbs of the city is an excellent decision too.

Sydney hosted the 27th Summer Olympics in 2000. It is often ranked as one of the most beautiful cities in the world with its harbour, beautiful cost and warm climate.