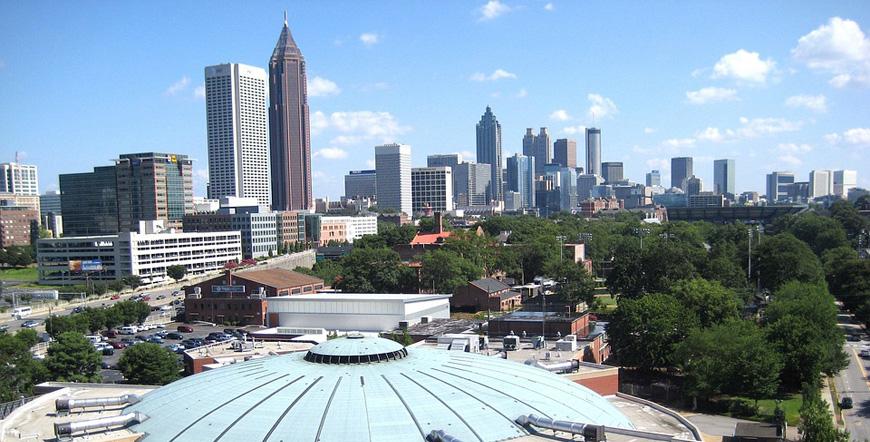 Atlanta is the capital of the state of Georgia. The city was established in 1837. The first settlers were farmers, craftsmen and traders. Atlanta was a big railroad junction, and that's why it played an important role during the American Civil War in 1861-1865. Atlanta surrendered on September 2nd, 1864, but the city was almost entirely burned down by General Sherman. These events are described in the immortal novel Gone with the Wind. After the Civil War Atlanta manages to quickly recover and now it is one of the main cities in the South Eastern US states.

Some of the interesting places to visit in Atlanta are: The Birth Home of Martin Luther King; the Jimmy Carter Presidential Library and Museum (Jimmy Carter is the 39th US President); the Margaret Mitchell House Museum (Margaret Mitchell is the author of Gone with the Wind); Stovall Mill Covered Bridge; Ocmulgee National Monument and others