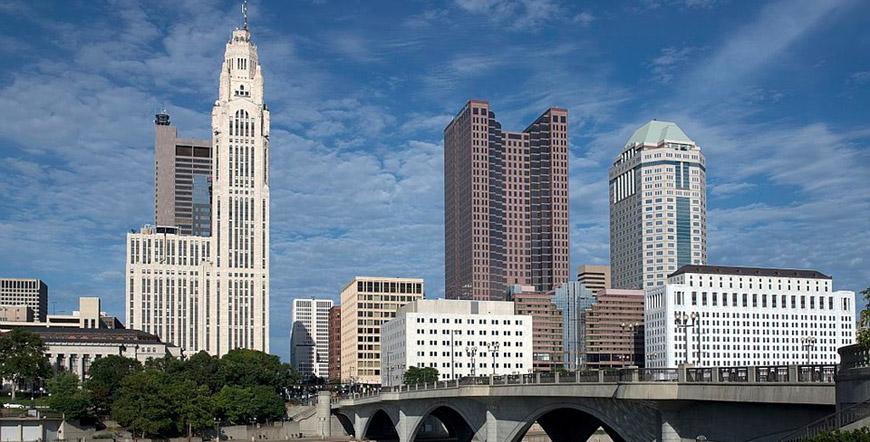 Columbus is the capital of the state of Ohio. It was established in 1797 and was initially named Franklinton. Columbus is located at the confluence of the rivers Scioto and Olentangy.

Columbus is a students' city and the fun here never stops. There are many festivals held in Columbus: Oktoberfest, ComFest, Arts Festival, Asian festival and many others. Here the Independece Day is celebrated most magnificently with many fireworks. Columbus has many parks and museums. Some interesting places to visit are: Deer Creek State Park; Wayne Reserve; Victorian Village; German Village; Columbus Museum; Ohio Village – a restoration of a settlement from XIX century and others. There is a real-size copy of the Columbus' ship anchored on the Scioto River.