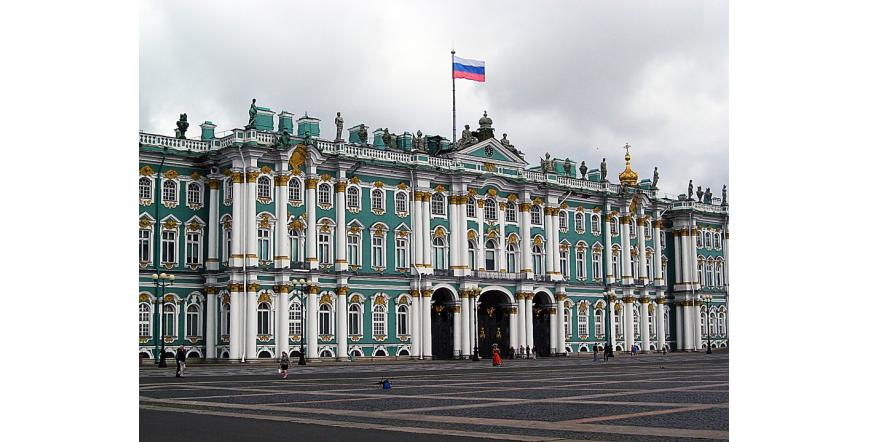 The Winter Palace occupies a central place on Palace Square. In the past, it was the residence of all Russian rulers from Catherine the Great (1762) to Nicholas II (1917). The palace consists of 1001 rooms, strewn with malachite, jasper, agate and gold. Initially, the wooden palace of Peter the Great was erected here. Today's palace was built in 1754 by order of the daughter of Peter the Great - Elizabeth. It is the work of the Italian architect Bartolomeo Francesco Rastrelli.
The building was completed when Elizabeth was not alive. Later, Catherine the Great rebuilt the interior of the palace in neoclassical style. After the fire in 1837, the palace was completely destroyed. Subsequently, it was restored and the interior was completely renovated. The most famous halls in the palace are: the Gallery of the War of 1812, which exhibits objects of the Russian commanders-in-chief who took part in the battles against Napoleon; The large throne room with lavish decoration of marble and bronze; The malachite hall decorated with malachite columns.