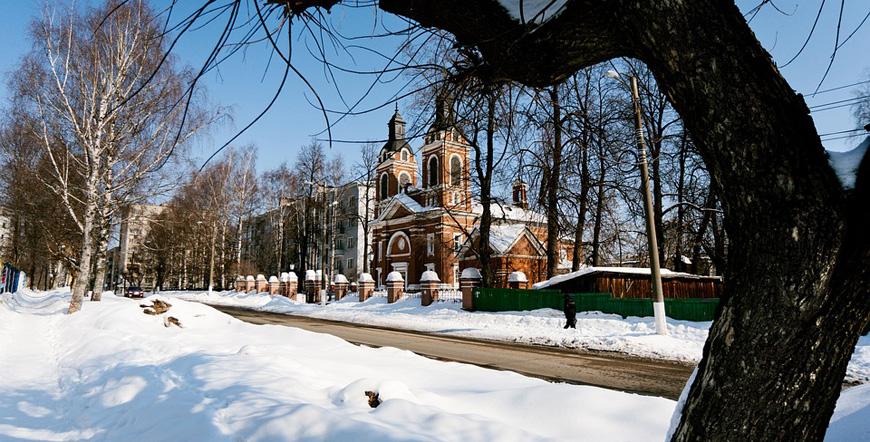 The city of Kirov is the easternmost city from the time of Kievan Rus with a population of 500 thousand inhabitants. Located on the Vyatka River 896 km from the capital Moscow, the Trans-Siberian railway highway passes through the city of Kirov. The city of Kirov was founded in 1374, until 1781 it was named Khlinov, until 1934 it was named after the river on which it is located - Vyatka. Then it was renamed Kirov in memory of the prominent Bolshevik and Soviet activist Sergei Kirov (1886 -1934).
The city of Kirov is known for its unique Dymkovsky toys, which are clay painted figures of people and animals. This old Russian folk craft still exists in the village of Dymkovo, near the city of Kirov. In the beginning, the making of these beautiful toys was associated with magical ritual images. In the 1930s, toys in Dimkovo depicted characters from fairy tales, and modern Dymkovo toys include ancient motifs such as barins, nannies and water carriers. Molded from a special mixture of local potter's clay and river sand, then dried and tempered in a kiln, these toys become a bright, colorful mix of people and animals. And they are a great souvenir to remember the trip.
For those who want to get to know this interesting craft more closely, they can visit the Toy Museum. The exposition is dedicated to the traditional craft of the village of Dimkovo. In the halls you can see both classic dolls and animals of the Dymkov masters, as well as new ones, distinguished by their original performance.
The Vyatka Art Museum is one of the oldest museums in Russia, founded in 1910 by two artist brothers Viktor and Apollinarius Vasnetsov. The work of Viktor Vasnetsov is the famous painting of Alyonushka. Today, the museum has more than 15 thousand exhibits in four buildings in the center of the city of Kirov.
The Tsiolkovsky Museum of Aviation and Cosmonautics, which is housed in a merchant's house from 1858 and later lived in by the Tsiolkovsky family, is very popular. The museum has a special hall of Tsiolkovsky, the scientist who paved the way for mankind to space, and many of the exhibits in the museum present the history of space exploration.
Alexander Garden is the oldest park in the city of Kirov, founded in the first half of the 19th century, after the visit of Alexander I to the city. One of the most beautiful sights of the park is the Rotunda, with its white railings and columns. With its many greenery and sculptures along the paths, the park enjoys one of the best examples of landscape architecture.
The "Eternal Flame" memorial complex is an architectural ensemble dedicated to the memory of the soldiers who died in the Second World War.
The old Spasskaya Street has existed since the 18th century and a walk along the cobblestones and beautiful houses with interesting architecture remind of the past and tell stories.
The house-museum of the famous Russian writer Alexander Grin was opened in 1980 on the occasion of the 100th anniversary of his birth. Born in a nearby town, he spent his childhood in the city of Kirov. His famous novel "The Ship with Scarlet Sails", which tells about the unshakable belief in dreams and that everyone can create a miracle for loved ones, has become a favorite read, stage musicals and several film productions on the screen.
The beautiful building from the estate of the merchant and owner of the steamship in the town of Bulichev, reminiscent of a Moorish palace, dates from the beginning of the 20th century and was the work of the architect I.A. Charushin. The unique architecture of this palace impresses with grace, wealth and grace.
Walking around the city of Kirov, you should definitely take the time to visit the Museum of Ice Cream "Artico". Many of the exhibits here are unique, and in the laboratory you can watch the production of this favorite temptation for young and old. The museum also has a cafe where over 100 types of ice cream are offered.