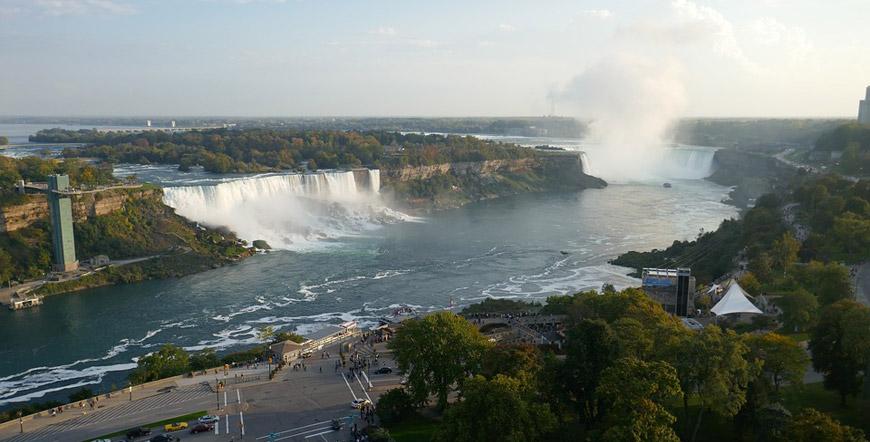 Because of their characteristics similar to those typical of the seas – waves, permanent winds, strong currents, big depths and distant horizons, the five Great Lakes are also called inland seas.

The Great Lakes are the biggest group of freshwater lakes on Earth based on their total area and the second biggest based on volume (5,439 cubic miles), containing 21% of the total surface freshwater by volume. Their area is 244 106 km², which is equal to half of the Black Sea. The Great Lakes’ waters are connected to each other through rivers and streams and are part of the drainage system of the biggest North American river St. Lawrence in the Atlantic Ocean.

There are close to 35 000 islands spread in the Great Lakes. The biggest one among them is Manitoulin Island in Lake Huron. The second biggest is Isle Royale in Lake Superior.

The Great Lakes started to form at the end of the Last Glacial Period around 14 000 years ago, at the place where the receding ice sheets after their withdrawal reveal the carved into the ground pools, filling up with water melting from the glaciers. The lakes are a major waterway, and a favorable place for trade and fishing. Additionally, the Great Lakes are habitat for many marine species, and there is a great biological diversity.

Despite that the five lakes are located in separate water basins, in fact they form one connected body – the Great Lakes basin. The Great Lakes form a chain connecting East-Central interior of North America with the Atlantic Ocean. From the interior to the outlet at the St. Lawrence River the water flows from Lake Superior toward Huron and Michigan, southward to Erie and northward to Lake Ontario. There are several thousand smaller lakes in the Great Lakes basin, often called “inland lakes”. The total area of the five lakes together is similar to the size of the United Kingdom, while the area of the total basin (lakes and land) is close to the size of United Kingdom and France.

Lake Michigan is the only one from the Great Lakes entirely located in the United States; the other lakes form water border between USA and Canada. The lakes are divided between the jurisdictions of the Canadian Ontario Province and the American states Michigan, Wisconsin, Minnesota, Illinois, Indiana, Ohio, Pennsylvania and New York.

The Great Lakes are a main source of drinking water for tens of millions of people in the border areas. This valuable resource is collectively managed by the state governments and the neighboring provinces, which have signed a contract for regulation of water supply.

Tourism and recreation are major industries of the Great Lakes. Several small cruise ships, including a few sailing ships work in the Great Lakes. Sport fishing, commercial fishing and indigenous fishing are an industry of 4 billion dollars per year, with salmon, lake whitefish, lake trout and others being among the main catch. Many other sports are practiced in the lakes - yachting, kayaking, diving, kitesurfing, motorboating and surfing.