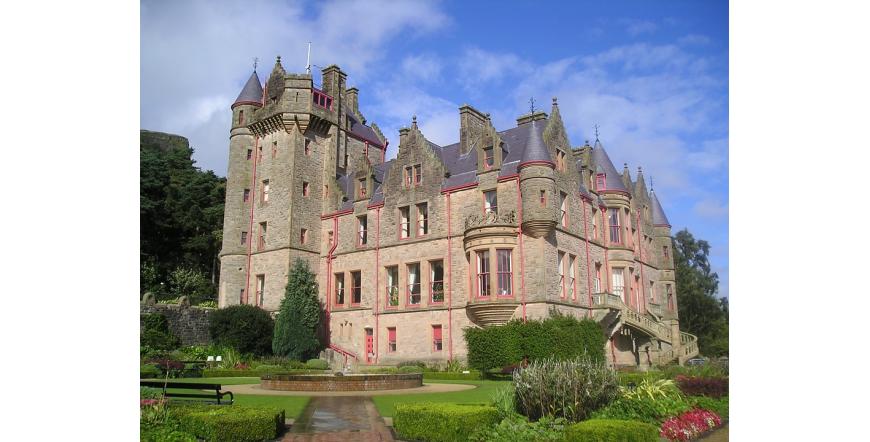 Belfast is the largest city and capital of Northern Ireland since the country’s establishment in 1921. The city is located near River Lagan at the southeast end of Belfast Lough which provided for the development of the naval trade and economic success of the area. The largest and most important airport in Northern Ireland is located in Belfast.

The name of the city derives from ‘Béal Feirste’ which means ‘mouth of the spindle’ referring to the mouth of River Farset where the first settlement emerged. River Farset is a tributary of River Lagan, however it is currently running in a channel underneath High Street. Bridge Street on the other hand is where the former bridge over River Farset was standing.

The historical data shows evidence of human activity in this area since the Bronze Age. The settlement grew significantly in 17th century and turned into a flourishing trade and industrial center in 18th, 19th and 20th centuries. Being the biggest city in Northern Ireland, Belfast also became the main scene for numerous conflicts between Catholics and Protestants also called ‘nationalists’ and ‘unionists’.

Its unique spirit Belfast owes to the magnetic historical and cultural sites as well as to its graffiti art.

The city’s architecture is enhanced by portraits of kings, queens, mystical creatures, ancient gods and famous poets painted on the faces of many buildings. It is rightful to say that Belfast carries the footprint of many turbulent political, religious and social events from the last two centuries. This makes it an attractive and interesting place to visit and explore.

Victoria Square is an important part of the city where much of its trade, daily life and historical sites are gathered together. The square is complimented with the beautiful Jaffe Fountain built in 1870. There is also a large mall with many shops, restaurants and cafes.

The Belfast City Hall with its Edwardian architecture is an impressive building in the central part of the city. One should not miss visiting the Botanic Gardens created in 1830. A special beautifully designed garden was curated in the gardens to honor Princess Diana after her tragic death.  Another architectural jewel in Belfast is the historic Belfast Castle located on the slopes of Cavehill. It is a preferred venue for local celebrations and wedding ceremonies.