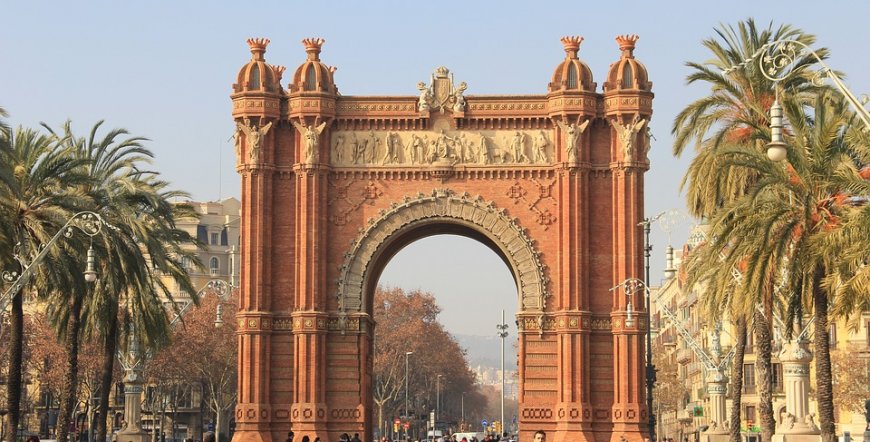 Rich in twenty years of experience in the arts and architecture, Barcelona remains a world center for design and urban planning.
1. The square in front of the Cathedral of Barcelona is the place where the citizens of Barcelona gather on Sunday mornings to dance Sardana. The complex Gothic building was built between 1298 and 1450, although the tower and Gothic façade were only added in 1892.
2. The famous Barcelona Opera House was destroyed in a fire in 1994 and rebuilt. Built in 1845-1847, it is one of the most beautiful operas in the world, impressive with rich gilding and red velvet.
3. The amazing Church of the Holy Family (Temple Expiaton de la Sagrada Familia) is the most eccentric landmark of Barcelona. It was designed by Gaudi, but remained unfinished due to his death in 1926. This striking creation provokes astonishment, horror, exclamations of protest and cries of delight. The elevator climbs to the top of one of the towers, which offers a magnificent view of the city.
4. Guell Park in Barcelona is a fascinating attempt by Gaudí to create a garden city.
5. The Royal Shipyards in Barcelona from the 13th century have been turned into a Maritime Museum. Along with many ships, navigation maps can be seen here, including a map of Amerig Vespucci and a map of 1430 by Gabriel de Valesca - the oldest in Europe.
6. The Catalan Palace of Music, built in 1908, is the forerunner of modernist architecture in Barcelona. At every big concert here, the excitement is extraordinary. On the right of the stage, Wagner's cavalry invades, and on the left, girls adorned with flowers rest.
7. Several historic buildings surround the most beautiful Placa del Rei in Barcelona’s Gothic Quarter. There is a magnificent banquet hall where Catholic monarchs welcome Columbus after his return from America. Other old buildings include the Lieutenant's Palace, the 14th-century chapel and the City History Museum.
8. The La Rambla is one of the most beautiful in Barcelona. The road surface and the street lamps in Art Nouveau style are interesting.
9. The Church of Santa Maria del Mar (Patroness of the Sailors) in Barcelona is a true masterpiece of Mediterranean Gothic architecture. Built between 1329 and 1383, it is considered the most beautiful in Barcelona.
10. Gaudí’s house in Barcelona, ​​known as La Pandrera (Quarry), has a vibrant stone façade and ornate balconies. Here is the Espai Gaudi Museum, the only one in Barcelona dedicated to this architect.
11. Casa Calvet is an Art Nouveau restaurant built from 1898 to 1900 by Gaudi.