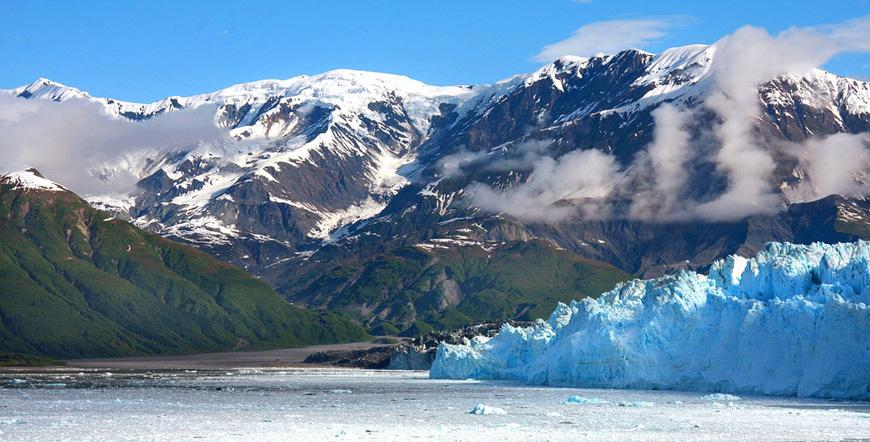 USA (United States of America) is the third largest and most populated country in the world. It is rich in natural and historic landmarks. Picking up the 10 most popular places in the USA wasn’t an easy task and with such a choice we are aware our classification is a little subjective, yet here is our selection:

The Statue of Liberty in New York is one of the most familiar symbols of the USA. It arrived as a gift from France for the 100th year anniversary of the country’s Independence. It is roughly 100 meters high including the foundation. One of the people involved in its creation was Gustave Eiffel himself, the engineer of the Eiffel Tower in Paris.

The White House is another emblem of the US. It is the official residence of the President of the United States who is regarded as one of the most important people in the world. The building had different names up until 1901 when the then President Theodor Roosevelt called it the White House. The building has 132 rooms spread across six levels.

The Grand Canyon on Colorado River can astonish anyone with its amazing views and unique formations. They span across an area of 380 km in length and 30 km in width. The Grand Canyon receives millions of visitors every year; many of them coming from the ‘Gambling Capital of the World’ – Las Vegas.

The ‘Gambling Capital of the World’ is Nevada Desert’s city – Las Vegas. It is full of entertainments of all sort and attracts visitors from all over the planet. It feels like wonderland with all its lights and themed casinos designed as famous sites from different parts of the world.

Yellowstone National Park is most commonly considered the oldest national park in the world. It was established in 1872. There are around 300 geysers on its territory. The park stretches at 8983 sq meters of land. It is believed that Yellowstone is in fact one of the biggest inactive super volcanos on Earth.

Disneyland, Florida also known as the Magic Kingdom is the largest theme park in the world. It is only 4 km from the city of Orlando and it covers 100 sq km. The park receives 70 million visitors every year and offers its guests 24 hotels on site.

Golden Gate Bridge is located in the city of San Francisco and it’s inarguably one of the engineering triumphs in 20th century. It is 2.7 km long and its highest point reaches 227 meters. The spun between the two towers is 1280 meters. The suspension cables have a diameter of 92 cm and each of them is made of 27,500 steel threads.

Honolulu is the capital of Hawaii. It is located on the island of Oahu famous for its 200-kilomer coast line – a true surfing paradise. The world-famous volcano Diamond Head is not far from Honolulu as well.

Alaska is a peninsula and state in the USA that remains almost intact by humans. It is abundant in natural resources and magnificent views. Alaska Peninsula National Wildlife Refuge is a preserved area established in 1980. The Gulf of Alaska has 16 huge icebergs.

The capital of the state of Illinois is the city of Chicago – one of the signature cities of the USA. It is located near Lake Michigan which is one of the seven Great Lakes. The city has a number of historical sites, parks, theaters, restaurants, bars and shops. It’s interesting to mention that the first skyscraper in USA was built in Chicago.