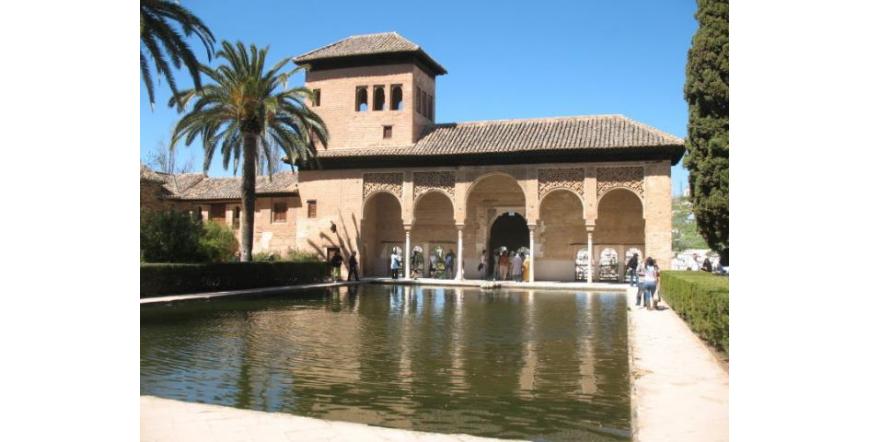 In this article we would like to introduce you to the most visited places in Spain. Ancient Roman ruins, old Moorish palaces and medieval castles all coexist here. Those landmarks combined with the favorable Spanish climate turn the country into one of the most interesting tourist destination in the world. So let’s waste no more time and see the Top 10 places in Spain on our list

10 The Royal Palace of Madrid is one of the largest castles in Europe. It is currently the official Royal Residence of the Spanish Royal family. The construction of the castle was commenced by the Umayyad Emir of Cordoba in 10th century.

9 The Running of the bulls in Pamplona is the most popular event in this Spanish city. It is part of the feasts honoring Saint Fermin. It is held between 07-14 July every year.

8 San Sebastian is a town in Spain that developed in 11th century. It is located in the Basque Autonomous Community. The city has a charming old town area and the local beach at La Concha Bay is considered the most beautiful city beach in the world.

7 Seville is the capital of the Andalusia province and also regarded as the capital of flamenco. The city went through many changes and influences over the years – it was founded by the Romans, then taken over by the Mauri in 711 and became part of the Christian world only in 1248. The city is the home of the third largest cathedral in the world.

6 Cuenca is a city in Spain with a fascinating old town and it is famous for its hanging houses. Once in Cuenca one must pay a visit to the city cathedral and the Mangana Tower too.

5 Ibiza – the island famous for its night life and numerous music festivals attracts all people who start enjoying themselves after sunset. Like many other southern islands Ibiza offers splendid golden beaches at the clear turquoise waters of the Mediterranean Sea.

4 Sagrada Familia in Barcelona is the unfinished masterpiece of the famous Catalan architect Antoni Gaudi. The cathedral is scheduled to be completed in 2026 when the death centenary of Gaudi is.

3 El Escorial was a royal castle and consists of several buildings. Its construction began in 1563 and lasted 20 years. El Escorial known also as the Royal Site of San Lorenzo de El Escorial was enlisted as UNESCO World Heritage Site in 1984.

2 Mezquita de Cordoba was the largest mosque in Western Europe when the city was taken by the Mauri and proclaimed capital of the Caliphate of Córdoba. The area was one of the most developed regions in the world during this time and the Mezquita mosque was a symbol of its prosperity.

1 Alhambra is a fortress and former Moorish palace in Granada. This was the last standing fort of the Mauri and the castle is a jewel in the Muslim architecture. The monarch wanted to build a ‘heaven on Earth’ and Alhambra was just that.