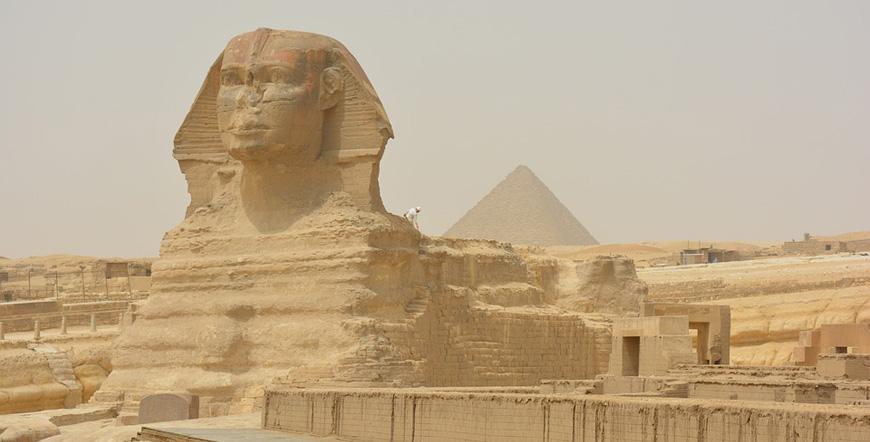 When we think of Egypt the first thing to come to mind are inarguably the most remarkable site of the country – the pyramids. However, our knowledge is rather limited so we decided to list the TOP 10 Places worth visiting in Egypt (including the pyramids of course).

10 The Mosque of Ibn Tulun is located in Cairo and it is the oldest one in the country. It was built by the Tulunid dynasty and it strikes with its divine simplicity and size.

9 The town of Dahab is a resort town on the coast of Sinai Peninsula. If windsurfing is your passion, this is the place to be.

8 Siwa Oasis is located in the Western Desert of Egypt. It is urbanized and has a population of 23,000 people. There was a famous temple of the ancient God Amun there and it was visited by Alexander the Great while passing through Egypt.

7 The Egyptian Museum in Cairo is the largest museum dedicated to the ancient history of Egypt in the world. It keeps many artefacts from the Tomb of Tutankhamun including golden treasures found in it.

6 Abu Simbel is a temple built in 13th century BC and dedicated to the mighty Pharaoh Ramesses II. The temple was located on the ancient border between Egypt and Nubia in order to underline the Egyptian superiority. There are massive statues at the entrance, each 21 meters in height. The temple itself is carved within the rocks behind the statues and its impressive interior is decorated with more statues, friezes and bas-reliefs.

5 The Valley of the Kings is a valley in Egypt chosen by the pharaohs for their New Kingdom and as a place for burials of the nobles. Most of the tombs were robbed long time ago, including the tomb of Tutankhamun, yet many items from his tomb were excavated by the archeologists. There are 61 burial tombs in the valley. The latest one was the tomb of Pharaoh Ramesses X from the 20th Dynasty.

4 A cruise on the Nile River would be an exciting experience for every traveler who visits Egypt. The end point of the cruises is the city of Luxor – it is considered as the largest open-space museum in the world and the ancient capital of Egypt known as Thebes in the past.

3 The Red Sea reefs are one of the most popular and breathtaking reefs in the worlds. There is not a single river flowing into the Red Sea and therefore its waters are crystal clear.  It is the ultimate diving experience.

2 Karnak is Temple Complex located in a small village not far from Luxor. This is the largest religious complex of Ancient Egypt. Thebes, the capital of the ancient Egyptian people, was thriving in this area near Karnak and the modern city of Luxor.

1 The Giza Pyramid Complex is located near Cairo being the only among the Seven Wonders of the World still present to this day. The largest in size is the Great Pyramid and its building took over 20 years.