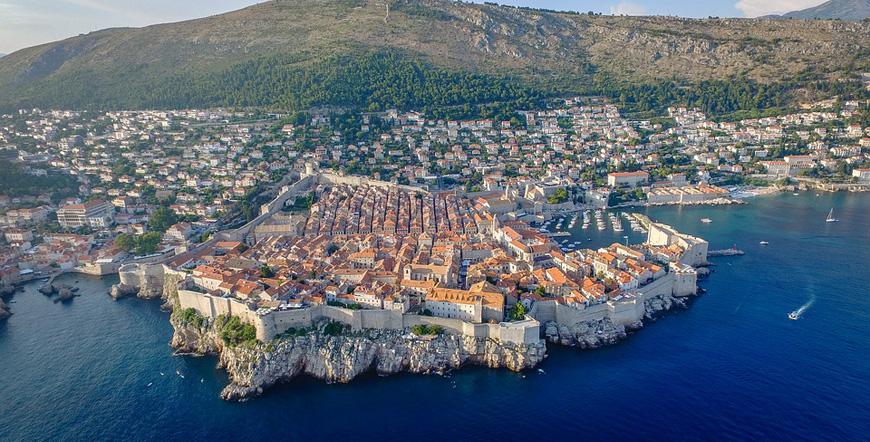 Croatia is located in Southeast Europe and on the Adriatic Sea. It is well-known for its beautiful inland nature, historic towns and most of all its seaside resorts. Here are 5 of the most popular destinations in Croatia.

5: Korcula Island is one of the most famous Croatian islands also known as the birth place of the renowned explorer Marco Polo. It used to be called Black Korcula for its thick forest of black pine trees in the past. The main town on the island carries the same name and has kept much of its medieval spirit. It is a great place to explore and stay at.

4: Rovinj is a beautiful town on the north Adriatic Sea. Its most remarkable site is the Church of St. Euphemia offering stunning views from the top of its tower.

3: Hvar is rated one of the 10 most beautiful island on Earth. For centuries, it was ruled by the Republic of Venice and its historical heritage can be seen everywhere. The main town on the island is called Hvar as well.

2: Plitvice Lakes National Park is the largest national park in Croatia and it is included in the UNESCO World Heritage list. The area is famous for its network of connected waterfalls, caves and numerous azure lakes.

1: The city of Dubrovnik is often referred as ‘Pearl of the Adriatic’. The city has kept its unique medieval architecture to this day. It ruled itself as an independent state between 14-18th century and it was a major merchant center on the Adriatic. The city wall is perfectly preserved and the visitors can use it to walk around the entire city and take amazing photos of this remarkable town.