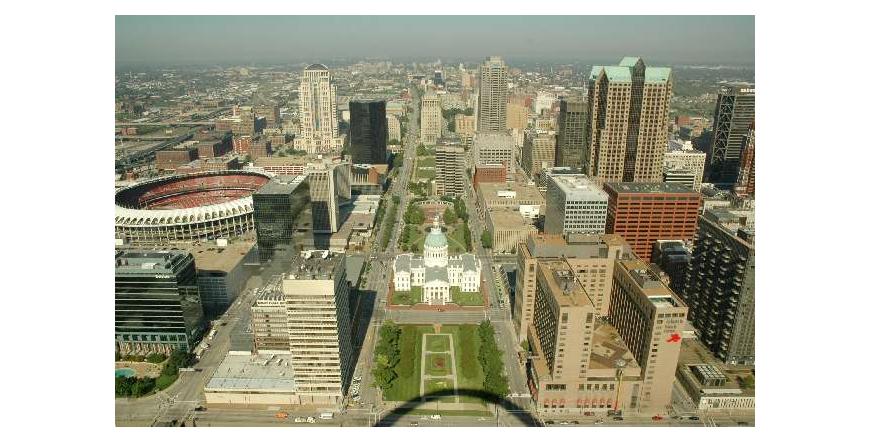 Saint Louis is a city in the US, Missouri. Located on the west coast of the Mississippi River. It was founded by the French in 1763 and was named King Saint Louis IX. Until 1768 it was part of Luizana, and in the period 1768 to 1804 it was Spanish. Then, along with Louisiana, it was sold by France to the United States. St. Louis became the capital city of the Wild West expeditions, and in 1817 a port began to function, which soon became second largest after New York.

St. Louis has an antique and modern architecture. Interesting to see are: The St. Louis Abbey; The Church of St Louis King of France; St. Louis Union Station; The Art Museum; St Louis's Symphony Orchestra; Big Forrest Park with the Zoo; City Theater; The Historical Museum and others.

One of St. Louis's biggest attractions is the Gateway Arch, made of stainless steel and one of the world's tallest monuments.

In the vicinity of St. Louis, visit the Cahokia Mounds, where are the remains of one of the largest pre-Columbian cities to the north of Mexico.