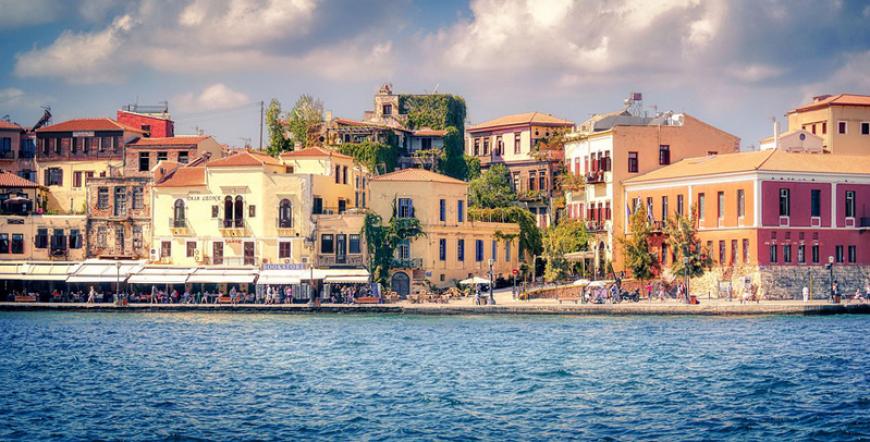 The largest and southernmost island of Greece is the island of Crete. It is the fifth largest island in the Mediterranean and, in addition to its size, there is another that greatly impresses both locals and visitors. This is the island that is sung in the legends of Homer, the island associated with the names of King Minos, the Minotaur, Theseus and Ariadne, the island that is famous for its mild climate and pure nature.
Crete has an extremely strategic Mediterranean location - 110 km from Europe, 175 km from Asia and 300 km from Africa. Crete has been inhabited since ancient times and has preserved a variety of historical and geographical objects. Crete is a famous tourist distance. This is where the Minoan civilization, considered to be the first great European civilization, was born and developed. Its monuments are preserved to this day and are located in the archeological sites of Knossos, Phaistos and Gortys. An archeological museum dedicated to this civilization has been opened in Heraklion. The Middle Ages, when Crete was part of the Venetian Republic, are sealed in the preserved fortress walls and buildings that can be seen in the cities of Heraklion, Chania and Rethymno.
The history of Crete can be told by villas and cities, churches and fortresses, mosques and ghost towns, ancient ports and cities with picturesque old quarters. Arthur Evans's reconstructions must be considered in Knossos. The unrestored Malia, Phaistos and Zakros are interesting. Rethymnon's old town is breathtaking with its old Turkish wooden houses and ancient mosques. The past is not all about Crete. Modernity and modern life have also passed through Crete and made it appetizing for tourists. The nature in Crete also makes the island popular. Lovers of rock climbing will find their dose of adrenaline in the mountains and gorges, lovers of walks - marked alleys through green valleys and vast plateaus.
The beautiful beaches, the mild Mediterranean climate and the delicious local cuisine together form the island of Crete as the ideal place to relax in Europe. For lovers of white sand and crystal clear sea waters are suitable beaches in the southwestern part of Crete, where the beach Elafonisi. Although not very large, it is one of the best beaches on the planet and is one of the places in the world that must be visited by fans of sea tourism.
The population of Crete is one of the oldest in Europe (3000 - 1400 BC). The island has an area of ​​8333 square kilometers and has a population of over 601,000. The island of Crete is 260 km long and 60 km wide, and the coastline is over 1000 km. Crete has a flat and mountainous relief, and there are three mountain groups on it - all with a height of over 2000 m.