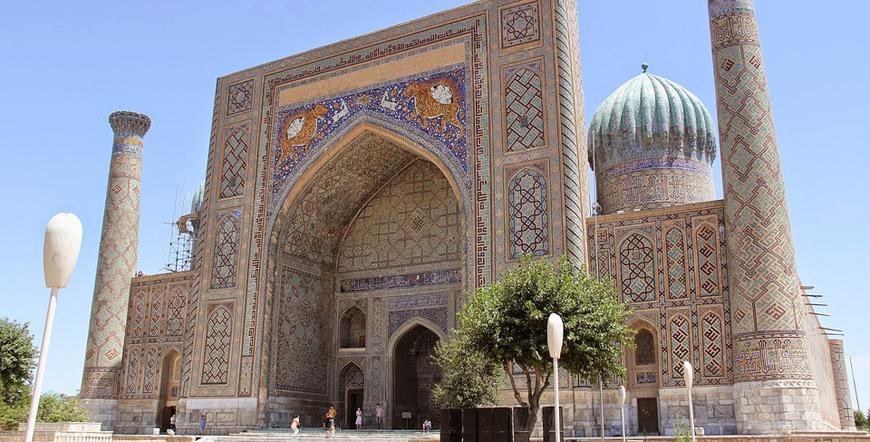 Samarkand is a beautiful city in Uzbekistan that attracts tourists from around the world, especially those who are interested in architecture. The city has been called “the pearl of central Asia” and is famous for its many historic sites, including several landmarks and things to do. If you’re planning to visit Samarkand, this article will give you some ideas about which sites you won’t want to miss. Here is more information about landmarks and things to do in Samarkand, along with some helpful tips on how best to experience them.

Samarkand is a city with a rich history that dates back more than 2,000 years. The city was a key trading center along the ancient Silk Road, which extended from China to the Mediterranean Sea. Samarkand is also famous for being the capital of the empire of Timur and the home of his famous mosque. Samarkand is also famous for its ancient and unique cultural heritage. The city’s cultural life has always been very diverse, and it has been influenced by many different cultures. The city is home to many historic mosques, madrassas, and other important buildings of Islamic architecture.

Timur’s Mausoleum is a beautiful, ornate building dedicated to the memory of the great ruler, Timur. The structure was built in the 15th century, and it is one of the most famous landmarks in Samarkand. It is also one of the most impressive places to visit in Samarkand. The mausoleum is currently under restoration. However, it is still open to visitors. Visitors can climb the famous spiraling staircase and enjoy a view of the city from the top. If you’re lucky, you might even find a knowledgeable guide to show you around. The mausoleum is a must-see site in Samarkand. It is a spectacular building that reflects the beauty of Timur’s reign. The building is a good example of Central Asian architecture, which was heavily influenced by Persian architecture. The mausoleum is also an important historical site, as it houses the remains of Timur, who is often called the “Conqueror of the World.”

The Registan is a large public square that is famous for its many beautiful buildings, including the Ulug Beg Madrassa and the Khoja-Khoja Mosque. The buildings in the square were built in the 14th and 15th centuries as centers of learning. They were also used as public squares for trading and religious gatherings. The buildings of the Registan are some of the most famous landmarks in Samarkand. The structures are beautiful examples of Islamic architecture and represent the architectural style of the Timurid dynasty. Visitors often enjoy visiting the square, as it is a very lively place with lots of shops and vendors selling their products.

Samarkand is a beautiful city that offers many exciting landmarks and things to do. Some of the most interesting sites include Timur’s Mausoleum, Shah-i-Zinda, Bibi-Khanym Mosque, and the Registan. These sites are architectural marvels that reflect the rich culture and history of Samarkand. These sites are great places to begin exploring the city. They provide visitors with an overview of the architectural style of the Timurid dynasty and allow them to see the unique cultural heritage of Samarkand. If you’re visiting Samarkand, make sure to visit these landmarks and places. They’re sure to impress and give you a good idea of what this beautiful city has to offer.