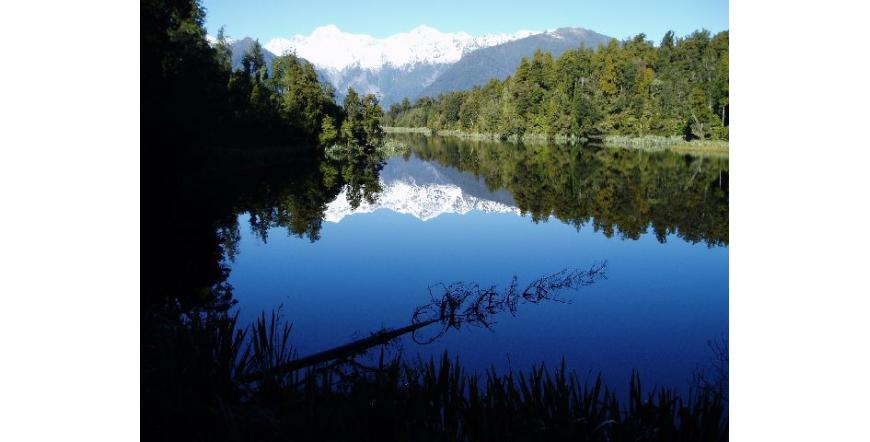 New Zealand is located in the southwestern part of the Pacific Ocean. It is a scarcely populated island country with amazingly beautiful nature. New Zealand includes a great number of small islands and two large continental islands – North and South Islanded by the Cook Strait, which is 20 km wide.

New Zealand also has political associations with the Cook Islands, Niue and Tokelau. They are self-governing territories, which are diplomatically represented by New Zealand and maintain close economic relations with it.

The relief of the North Island formed as a result of active volcanic activity. The largest New Zealand lake – Taupo (600 sq.km.) is situated in the crater of a gigantic extinct volcano. The coastline of the North Island is heavily indented, and its two largest cities – Wellington and Auckland, are built in big sounds – natural harbours.

The city of Auckland is located in such big and fit for a harbour natural sound. The city’s landmark is the Sky Tower, which is 328 m high and was built in 1997. The Wairakei valley on the North Island is strewn with geysers. The water vapours from the hot springs is transported by pipelines to the nearest geothermal power station.
The relief of the South Island is mostly mountainous. The big range of the Southern Alps, which spreads along the entire island, is located here. Here is located New Zealand’s highest point – Mount Cook – 3,654 m. this peak is called by the Maori “The cold crag piercing the clouds”. The big Tasman glacier climbs down its slopes. Its destructive activity has shaped specific glacial relief formations – long lakes and deep U-shaped valleys. The coastline of the South Island has a number of fjords. One of them is the Milford Sound fjord, which is narrow with a length of 19 km. Its water is clear and still, the mountain slopes are very picturesque and attract plenty of tourists. The beautiful Queen Charlotte Strait, 49 km long, is located on the northern coastline of the South Island. It has a lot of bays and is acknowledged as the paradise of tourist cruises.

The climate in New Zealand is mild, the summer is warm, and in winter the temperatures rarely fall below 0 degrees Centigrade.

Only here one can see the flightless birds kiwi, the takahe, the kakapo, the kea birds, etc. The diversity of the rare plant species is incredible. Here the local Kauri tree can be seen, which is one of the tallest trees in the world. Over the last 30 years the agriculture was transformed and modernised and is one of the most developed in the world. As a result New Zealand is a major exporter of butter and other dairy products, wool, leather and meat. New Zealand is one of the largest manufacturers and exporters of fruits in the world. Light industry and tourism are developing. The tourists come here because of the beautiful nature and the interesting Maori traditions, and also because New Zealand is known as a peaceful country. The Maori are the oldest inhabitants of the country. After the arrival of the British their number decreased significantly and today they are about 12% of the population on the North Island. The traditional art of the Maori is the implementation of complex and fine fretworks, with which they decorate their boats, weaving, entire tattooing of the face, called “moko”, which the men use in wars.

In 1769 the English seafarer James Cook first set foot in New Zealand and declared it a British dominion. The armed conflicts between the Maori and the Europeans continued in the entire 19 c. As a result New Zealand was forced to change its attitude to the Maori people. Their children can be educated in their native tongue – Maoritanga, and part of their lands have been returned.

The head of the country is the Queen of Great Britain. Approximately ¼ of New Zealand’s territory is protected in 13 national parks and other protected natural territories.

News and events from New Zealand